Ebrahim, a human rights defender and campaigner, speaks about being tortured and jailed in Bahrain 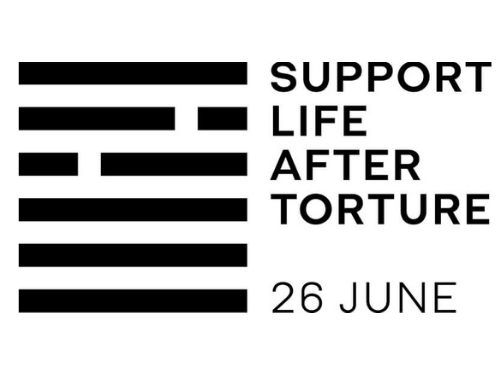 My name is Ibrahim Al Damistani, I am the former Vice President of Bahrain Nursing Association. I am also an emergency care instructor trainer affiliated with international Us medic emergency care. Currently I am one of the members of Spirasi survivors and expert group. I was one of the medical team who participated in treating injured protesters in Bahrain during the Arab spring in Feb 2011 when the people came out to the street demanding democracy and the right to self-determination. There were more than 3000 injured protesters at that time. For this reason, I was arrested and tortured with other 47 of medical staff, teachers, journalists, photographers, football players, children, women and senior citizens in March 2011.

On March 13th, my eldest son who was 18 years old was killed by civilian police.

After 2 weeks on April 3rd, I was arrested at the hospital while I was on duty, by civilian police officers wearing masks from the Criminal Investigation Department, and I stayed there at the torturing centre for about 3 weeks with 47 of mixed medical teams from consults, surgeons, nurses, paramedics and ambulance drivers. The aim of the arrest was punishment and intimidation by the state authorities to anyone who had helped the injured protesters or participated in any peaceful protest and also to force us to sign false confessions.

These confessions were: 1) occupying the hospital 2) exaggerating the wounds of the injured protesters 3) using weapons in the hospital against the patients and protesting in the car park 4) Speaking against the government. And because we did not sign those falls confessions in the beginning, we were exposed to severe systematic torture for three weeks continually and during this period I was tortured and mistreated in the following ways:

- Not allowing us to sleep except for sitting on the floor for only 5 minutes at a time during the 3 meal times and forcing us to stand, blindfolded and handcuffed for the duration of the detention period, which was for approximately 3 weeks.

- Physical and psychological torturing - attacking us one by one, continuing on the same person for 15 minutes, kicking the tailbone with police shoes, hitting us with a piece of wood on the thigh and leg every 30 minutes, beating us with a plastic hose on the sole of the foot and punching us on the spine head and face. They verbally abused me by speaking disrespectfully about my son and my mother and our religious leaders. My son was killed two weeks before my arrest and they said you are going to follow him and it was good that you lost him.

They also spit in the mouth and sexual harassed me by touching my private areas. At night my hands were tied to the stairs railing so I could not lie down. After 2 days of torture, I got fracture in my tailbone and lost sensation in both my feet due to swelling and bruises.
I would like to highlight also that due to the severe torturing, 4 of my colleagues died. One of them (Ali sgher) was beside me and until today I can hear his hallucinating words and exhausted voice. We were blindfolded at the time and I only knew he had died when he went quiet. 2 of those people who died in the detention centre were journalists and their names are A. Karim Fakhrawi and Zakariya Al Asheeri.

- After 3 weeks and due to suffering from severe pain due to the fracture and bleeding, I signed the false confessions otherwise they wouldn’t stop the torturing.

- I was taken to the Ministry of Interior Hospital, and in this hospital there was also civilian police presented in the emergency room and near the entrance of the hospital. They directed insulting words and interfered in the doctor’s decisions and treatment (for example when the doctor decided to admit the victim they would interfere to cancel the admission request).

After that they transferred me to detention centre for 6 months and then the military court sentenced me and all medical team to 15 years. and later on it was reduced to 3 years by civilian court due to the international pressure and the advocacy from our colleagues in UK, Europe and United States.

After my release from the prison in 2015, I participated in the Human Rights Council in Geneva, through the Adhrb Organization, to expose the systematic torture and violations against the professionals and other prisoners. After the escalation against the activists and closing of civic space and 3 young men executed in Jan 2017 (most of the activists were targeted and arrested in 2017), I was unable to return back to Bahrain. My colleague Ebtisam Alsaegh the most prominent HRD who I was with in Geneva was arrested in the airport when she returned back after the HRC session and she exposed to severe torture and sexual harassment. During the investigation with her, they asked her about my return and what activities I do in HRC. In October 2017, I was invited by the Amnesty International in Ireland to participate in an advocacy meeting and introduce the human rights report which was prepared by them for the Department of Foreign Affairs and the Irish parliament to advocate for the targeted activists. Because of the targeting, I preferred to stay in Ireland to complete my treatment for the injury I suffered during torture (coccyx fracture).

I got acquainted with Spirasi, which supports rehabilitation and provides medico legal reports for victims of torture. In this regard, I sincerely thank Mr. Rory Halpin and the management of Spirasi for their effective role in helping me and other colleagues like Mrs Ebtisam Alsaygh with their assistance in assessment, rehabilitation and medical legal reports.

Based on the above, I would like to point out that international human rights organizations such as the Amnesty International, Human Rights Watch, Special Rapporteurs of Torturing and the Office of the High Commissioner for Human Rights have issued detailed reports regarding systematic torture in Bahrain.

Finally, I advise and encourage all victims who have been subjected to torture to speak out and share their testimonies in the media and HR events to expose the violations they have had exposed to.