The Oxford Dictionary of Philosophy defines culture as ‘[T]he way of life of a people, including their attitudes, values, beliefs, arts, sciences, modes of perception, and habits of thought and activity. ’ Through our clientele, our work in Spirasi brings us into contact with a diverse array of cultural backgrounds. How do we begin to understand the worlds from which our clients come? Does it matter?  Here, I want to show how I think it is vitally important that we consider culture as a central feature of the work we do: both from our own and from our clients’ perspectives. The concept of cultural humility should be, I believe, central to our encounters with our clients. 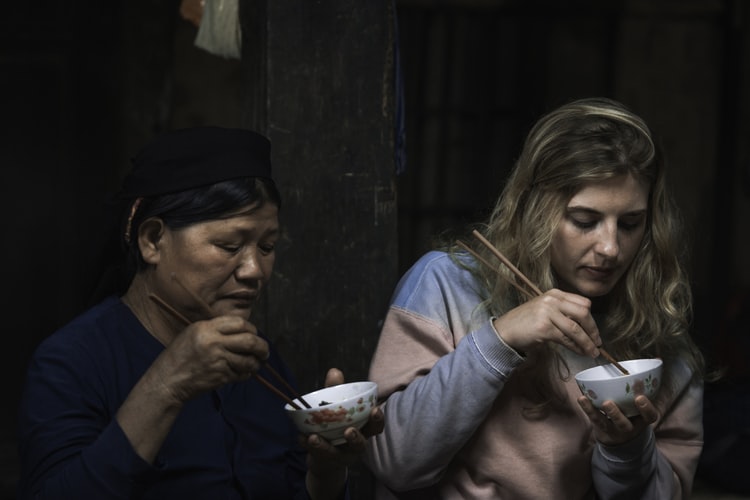 First, I think it is important to acknowledge our own place in the world, both from a cultural, historical and religious perspective.  In Ireland, we belong to a ‘western’ culture, situated in the global north, in the ‘developed’ world, a rich country compared with many of those from which our clients come. We live in Ireland, a country with a history of being a colonised nation. Some of us come from countries, such as England, France, Portugal, Belgium etc., with a colonial history. We look back in horror on the arrogance of the colonial project, but also on much of the missionary work that accompanied it, and left people with a profound sense of inferiority about their own cultural traditions and beliefs. At the height of colonisation, it seemed self-evident that so-called ‘western’, ‘civilised’, enlightenment values and religious beliefs had to be brought to what were deemed to be ‘primitive’ and ‘uncivilised’ parts of the world.  (The fact that many of these countries had very rich and ancient civilisations was, of course,  widely ignored.) Countries that were colonised still carry the wounds of that colonial past into current conflicts and territorial disputes.

Secondly, we need to acknowledge the invention of ‘race’, which pitted ‘white’ indentured servants (many of them Irish) in the colonies of the West Indies and the USA against ‘black’ slaves, and set up an enduring sense of white superiority, which has been transferred across the world and manifests itself today in the discriminatory structures of modern-day society. We each need to be aware our own prejudices, which form part of our own cultural baggage. Our own education and training occurs within a particularly ‘western’ cultural context, which still, too often, claims superiority in knowledge, ‘expertise’ and ‘evidence’, and which ‘knows best’ how to deal with the problems of people from widely different backgrounds, who may have many different cultural ‘tools’ for understanding and facing their own suffering.

To be aware is to begin to address some of these issues; it is not that our own knowledge is not important in our work, but that through our own deep interrogation of the work that we do we can enter into a true sharing of knowledge and ideas, which aims at mutuality, and comes from a position of deep respect for all the clients that we meet.

People migrate to other parts of the world for many different reasons. Most people fleeing war and natural disaster are ‘refugees’ in camps on, or close to, their own borders, or even within their own countries (IDPs: internally-displaced persons). The people who come to Spirasi are those who have found the means to travel long distances to escape their suffering. They are not without their own agency, imagination or resilience. However, the new world into which they are thrust is almost certainly not what they imagined it to be. Far from being a welcoming relief from suffering and a place of safety, they find a hostile and unfriendly system, which treats them as liars and forces them to live in demoralising conditions in a state of uncertainty and, frequently, hopelessness. The very conditions in which they are made to live compels people to relive their suffering again and again. There is no ultimate means of escape until they can establish safe ground on which they can rebuild their lives. It is out of this maelstrom of ‘trauma’ that clients come to Spirasi, often from solicitors or GPs who are witness to their suffering, but do not have the time, or perhaps the self-confidence, to deal with what they are witnessing. Some clients are referred for the very practical and concrete reason of obtaining a medicolegal report: a means to help achieve their goal of safety.

For whatever reason they come, our clients are in a position of relative powerlessness, not only in the system that our own culture has created for them, but also in our own encounters with them. It is therefore essential that we step tentatively into this work. ‘Cultural humility’ or ‘cultural empathy’ is an orientation from which clients are seen as the ‘experts’ on themselves and in which the practitioner acknowledges their own limitations. It seeks to honour the person’s own understanding of what culture means to them and positions the therapist as the one who is learning.

In my own experience, humility, deep respect and a willingness to learn from all clients allows the development of trust, which is at the heart of any good therapeutic relationship. It also allows clients more fully to share their own needs and desires, rather than us, as therapists, imposing our own antidotes on what we perceive their suffering to be. Moreover, it allows us to learn and to grow, in a true sharing of different perspectives on the world. That ‘therapeutic alliance’, which, I believe, is at the heart of any work we do with clients is the most empowering aspect of our work, for our clients and for ourselves. In it, we can use our own skills, knowledge and training in an intuitive way, that seeks out points of contact and mutual understanding and that does not end up as merely delivering sets of techniques.

Recognising the dynamic nature of culture

The notion of ‘cultural competency’ has long been promoted as a way of redressing this imbalance of power, and of ignorance in the face of other cultural ways of being. It suggests that there are ‘things we need to know’ about the people we meet in our work. But culture itself is heterogenous and shifting thing; adherence to a particular religion (as we know only too well) does not necessarily embrace a commonality of beliefs and practices. It would not be possible to find the toolbox to give us the knowledge that we need for each client that we meet. Of course, we need to read (and continue to read) and equip ourselves with as much background knowledge of the world as is relevant to our work and the people we meet. However, there is a danger that courses in cultural competency can be superficially reductive and can gloss over the real need to engage fully with our clients in a meaningful way, in order to learn about them and their own cultural beliefs and practices: the ways in which they make meaning out of their lives. A training in cultural competency can actually work against this, by giving the practitioner a false sense that they now possess a new form of expertise.

Cultural humility, on the other hand, is an ongoing process that is both enriching and empowering.  In my own life, I have sought to practice in this way throughout my career. One of the most challenging, but potentially most liberating, aspects of working in this way is the willingness really to explore and acknowledge our own assumptions and prejudices, and to let go of some of our own need to be the ‘experts’ in other people’s suffering. However, I believe that it is only when we really engage like this that we can truly begin to become the very best that our work demands of us.

Wisdom, according to Socrates, comes to us when we realise how little we ‘know’ about life, ourselves and the world around us: this is the foundation of critical thinking. True science begins in wonder and doubt; when we begin to look with an enquiring, thoughtful mind, we open up the opportunity for true dialogue.

(This Open Access publication presents a comprehensive overview of the field of trauma amongst refugee populations from the basis of the author’s own extensive work in different refugee settings. It explores such things as the designation of PTSD as a diagnosis and the production of MLRs in asylum processes. Highly recommended!)

Emma Dabiri (2021) What White People Can Do Next: From Allyship to Coalition, Penguin Random House UK

(This book, by Irish/ Nigerian academic, writer and broadcaster, Emma Dabiri- a teaching fellow in African Cultures, Languages and Literatures at SOAS, University of London - is a short, accessible and thought-provoking book, written in the wake of George Floyd’s murder and the BLM protests of the last year. Again well worth reading!)