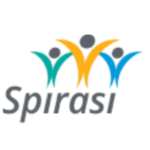 What attracted you to your role at Spirasi?

In the early 80s, my parents fostered 6 refugee children from Namibia during their war for independence. At age of 12, I was introduced to the word refugees and over a 9 years’ period, I grew up with these 3 boys and 3 girls who I refer to today as my brothers and sisters.
The courageous decision taken by my parents introduced what it means to serve humanity and be the voice of the voiceless.
Back in my country of birth Cameroon, I pursed studies in Law because I was very interested in having a broad understanding of what is right, legal and what is wrong in the complex area of human relationships.

While studying in Germany in the early 90s, I had the opportunity to work with the Federal Immigration Police in Germany as interpreter for English, French and German.

This job exposed me to the plights of asylum seekers at the Boarders, hospitals, Police cells, detention centres and courts.

On arrival in Ireland in 2002, I joined Spirasi in 2004 and since then, I have been very privileged to serve those who need our support together with an amazing team of colleagues.

What are the challenges and rewards of your job?

Our workload and the fact that we are working vulnerable human beings presents constant challenges.

Reward: The amazing feeling that I am making a difference and contributing to the lives of human beings. In many instances, our clients approach us in tears. However, it is always very satisfying to see them smile once they have the opportunity to get medical, therapeutic and integration support from our team.